Pickup your copy of “LEMONADE” and get Lemonade Merchandise 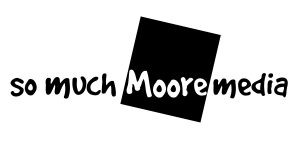 Bobby Messano has conquered every musical challenge he’s faced. He’s topped the Billboard Blues Album chart. His searing solos and sizzling backup grooves have ignited albums by Gloria Gaynor and Peter Criss; Clarence Clemons trusted Messano to play the only guitar break on his Hero album. Steve Winwood, Foreigner’s Lou Gramm and country artist Rodney Atkins are among the headliners who have tapped him to serve as music director.

Add the eight solo projects he’s released under his own name and you’ve got a legacy that would do any artist proud. But ask Messano and he’ll tell you: He’s just warming up.

The proof is in his latest album, LEMONADE, which streets on July 12 (Fishhead Records, distributed by Warner/ADA). As Pat St. John of SiriusXM promises, “You’ll feel the spirit, honesty and dedication that went into producing this record. Bobby’s at the top of his game here. Everything in life is vibrations – and these are very good ones.”

The title cut lays out Messano’s recipe for “turnin’ those lemons into lemonade,” with some tasty grease from his slide guitar helping the lesson sink in nice and easy. On “The Bad Guys,” a racing beat pumps urgency into his performance as he tells a story of two outlaws on the run but hints the “good guys” on their trail might not be that good at all.

There’s more: A restless pulse and swampy Delta musk colors the desperation and loss that surge throughout “Heal Me.” Bo Diddley meets Little Feat in the “Black And White” beat, heating up Messano’s lament over the divisions that rend America today: “There are no colors in between, even if you’re turning green.” Old-school funk and Messano’s homage to B. B. King’s matchless mastery find accord on “I Don’t Want To Miss You Anymore.” Despite its joyous Texas jump feel, “I’m Tired Of Writing The Blues” delivers a wry message that the title encapsulates. Similarly, the title of “It’s Just The Money That’s Missing” wraps up Messano’s wryly humorous meditation on how the love for and business realities of making music never quite match.

And still more: Messano lets his guitar do all the talking on the fiery instrumental “Junk Jam.” In contrast, the minor chords and mournful strings of “A Thursday In June” cushion a story so powerful that he sets his guitar aside to let the narrative speak for itself on “the most important song I have ever written.” Another eloquent moment closes the project, as Messano turns Stephen Stills’ “Find The Cost Of Freedom” into an intimate, acoustic benediction.

“The Bad Guys” and “Heal Me,” the only co-writes on LEMONADE, penned by Messano with Meredith Reed Salimbeni, have been rolled out. “Lemonade” was released June 14 as the third single. SiriusXM’s Bluesville and Jam On channels are already featuring advance tracks from the album. The video for “The Bad Guys” premiered May 15 on American Blues Scene.

You have arrived at the Official website of Legendary Guitarist Bobby
Messano. Here is the place to connect with him and to stay up-to-date on the
latest Bobby news.

Bobby Messano is a legendary guitarist and Contemporary Blues Songwriter
who has released eight Solo CD’s, placed songs in many TV and Cable shows
and played on over 50 Major label and Indie albums.

His playing has been heard on everything from MTV jingles to Benny
Mardones’ smash hit “Into The Night”.

The celebrated guitarist has played on records by Clarence Clemmons,
Franke & The Knockouts, Joe Lynn Turner and STARZ, and produced the 60’s
hit act, “THE SHADOWS OF KNIGHT”.